The VSHC was officially opened by the Minister of Health Dr Neil Sharma and Tui Vuda on April 2nd, 2011. 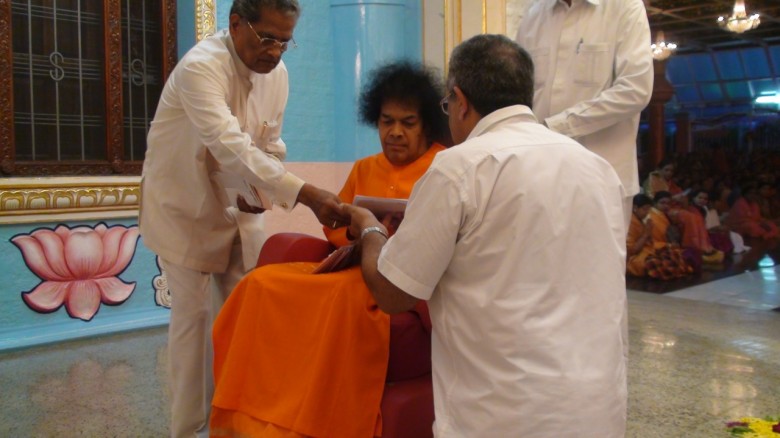 Sri Sathya Sai Baba Blessing the project and agreeing to the name of the health centre - 15/09/2010.

Budyong and Lesley Hill with Ian Rouse, Dean of College of Medicine, Nursing and Health Sciences, Suva outside the building in September, 2010. Verandah beams and most of the plastering completed.

The final big push to get the building ready for the official opening was done in March 2011.

The Opening Day was attended by a wide range of local residents, dignitaries, contributors and members and friends of the Trust. In his Opening address the Minister of Health,  Dr Sharma said that the project was a classic example of collaboration between the Government and the community to address essential service needs. Dr Sharma commended the two former Fiji doctors, Rajat Gyaneshwar and Swaran Naidu, for their initiative to provide the medical facilities and commented that "Return migration brings expertise, professional and financial resources, and fresh ideas that help contribute to economic growth."

The formal opening by the Minister for Health, Dr Neil Sharma & Tui Vuda was on 2nd April 2011.

VSHC was donated a Grid Connect Solar System by the Rotary Club of Kerikeri
Inc, New Zealand through Mr Mahmood Khan. Through its work, the health centre managed to attract the attention of the Kerikeri Rotarians, who helped the centre install a $38,000 solar panel system that will reduce its use of electricity from fuel-powered generators by 50 per cent.
For more info and photos click here.