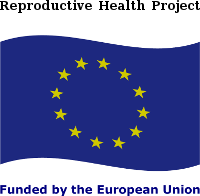 VSHC had two main projects that energy was focused on up until the end of 2014.

The first was the Reproductive Health (RH) Project entitled "The Empowerment of Rural Women and Girls in Reproductive Health". This project was funded with a grant from the European Union Delegation for the Pacific and finished on December 31st, 2014.

The second is the Non Communicable Diseases (NCD) Research Project, which is ongoing. NCD's are diseases that are not infectious such as heart disease, diabetes, high blood pressure, asthma, cancer and obesity. This project is a large team effort that VSHC initially undertook in collaboration with the University of New South Wales (UNSW) and the Ministry of Health to reduce NCD risk factors in the community. After the first year their funding ceased on 31/07/2013 and we were very pleased to receive a grant from the Fiji Community Development Program (FCDP), an AusAid funded program to continue this important community work.

New Projects started since then are:

The "Young Mother's Project", which was launched in February 2015.
The Aim of the project is: “To work with the community in achieving wellness, which incorporates physical, social, mental and spiritual health, by empowering the community through education, advocacy and leadership”.

The Community Action Program (CAP 2), which is a new partnership between VSHC and the Fiji Community Development Program (FCDP), funded by Australia’s Department of Foreign Affairs and Trade (DFAT). Commencing in September 2015, this project is an innovative approach to working with the community.

The UNFPA Outreach Project also commenced in September 2015. With the aid of the mobile Clinic bus VSHC is able to provide assistance to people in remote areas and by going to the villages and settlements is able to provide a much improved service that many more people can access.

The latest project is the "Collective Community Ownership of Health and Social Issues (CCOHSI) Project started in March 2016. This project aims to strengthen VSHC to empower existing community structures and leaders to take ownership of and express their need to tackle health and social issues, which impinge on human rights and socio economic productivity within their communities. This is primarily funded by the European Union with contributions also coming from VSHC and Empower
Pacific.