The workshop commenced at 9am with an opening hymn, “Bind Us Together”, followed by a prayer led by Mosese Baseisei. Dr. Swaran Naidu then gave a short introduction on the workshop, emphasising that over the course of the day we will learn together and everyone’s situation is unique. Dr. Swaran also touched on how these workshops promote the third Millennium Development Goal, which is to promote gender equality and empower women.

Dr. Chand then officially opened the workshop and thanked VSHC for bringing the Young Mothers Program to Tavua. He told the mothers they have a right to be empowered and to choose when and how many children to have. This was followed by a domestic violence (DV) and child abuse education session where examples of DV were given and the participants were broken into groups to discuss focus questions. The session ended with information on services that women can access such as Department of Social Welfare, zone nurse or CHW, Empower Pacific, and family or friends. 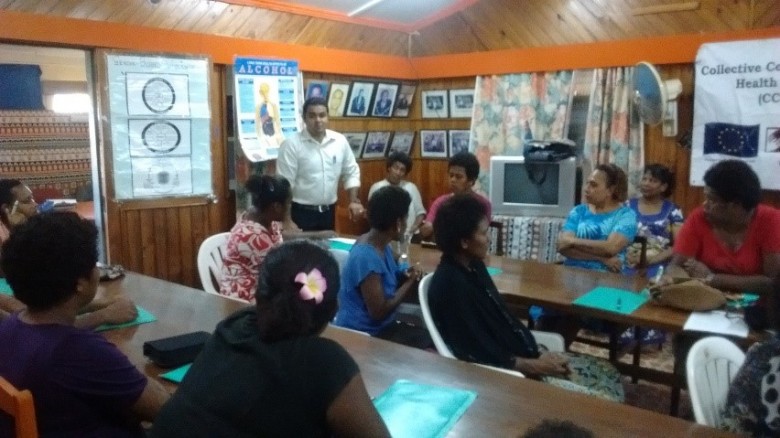 The next session was given by Dr. Swaran and involved a group discussion on empowerment and the importance of values, as they affect our self-awareness, personal characteristics, judgement, decision making, thoughts, self-worth, feelings and actions. She began by asking the mothers the questions: ‘Do you treat yourselves well?’, ‘Do others treat you well?’, ‘Why do we feel bad about ourselves?’. The mothers were encouraged and told that we all make mistakes, but we can learn and work to rectify them. God has given us every right to feel good about ourselves, and having an unplanned child was not the end of the road but rather a new direction to take. Dr. Swaran then discussed empowerment, which she explained as being able to have your say and make your own choices. 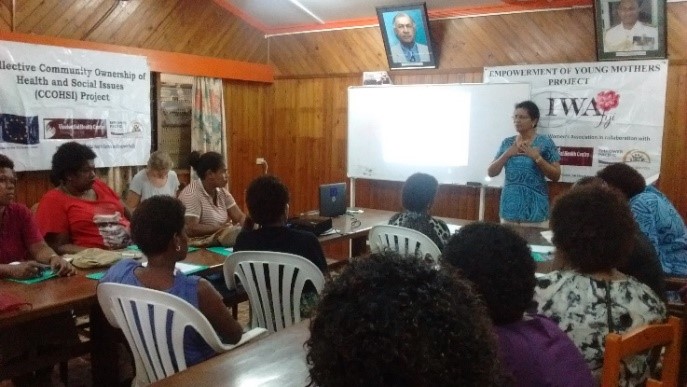 Mosese followed on from Dr. Swaran with a session on sexual and reproductive health education, which focused on STIs and Cervical Cancer. The reproductive health session ended on family planning, where the mothers were encouraged to write down any questions, which were then discussed amongst the group. Child feeding and nutrition was the next topic of discussion and mothers were encouraged to give the best possible start to life for their child through feeding them appropriate and nutritious food. Then he gave an introduction on the importance and process of registering children with Births, Deaths and Marriages (BDM). At the end of the day each mother was then presented with a certificate of participation before completing an evaluation form and the post-questionnaire on reproductive health. 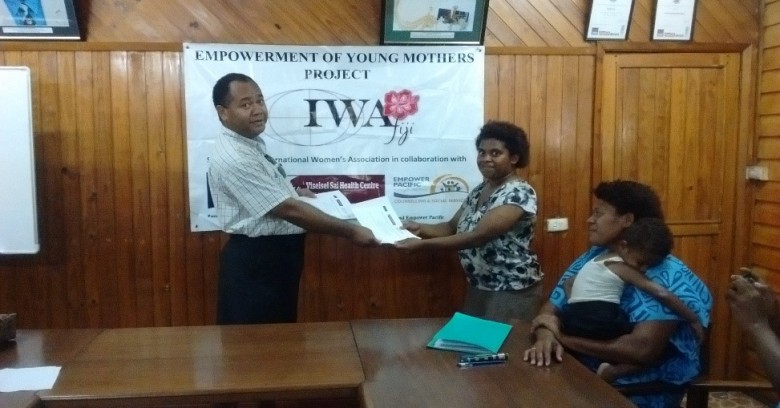 Overall the mothers reported the workshop very interesting and useful, with many reporting feeling more empowered or motivated as a result of attending. Values/empowerment and child abuse were viewed as the most useful topics. Analysis showed that mothers increased their questionnaire scores on reproductive health from 4.9/20 pre-workshop to 8.1/20 after the training, however average scores for two of the questions (how can one prevent STI, and how can a woman suspect she has cervical cancer) remained the same from pre to post. There was a high rate of unanswered questions on both questionnaires. 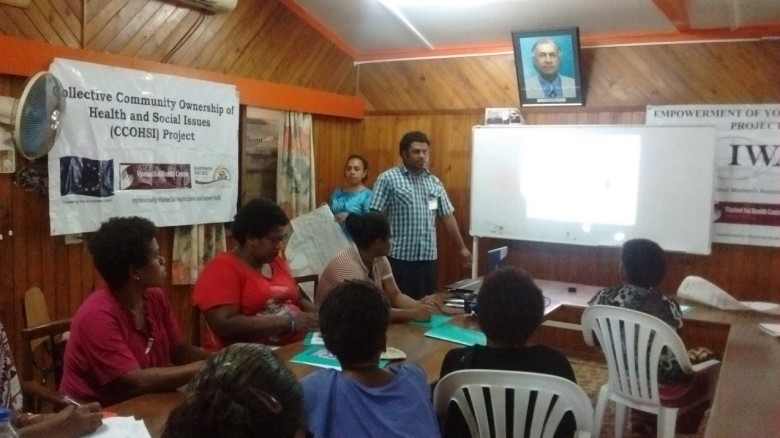 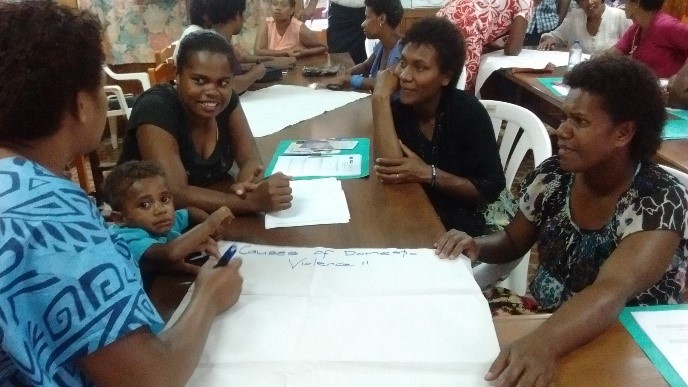 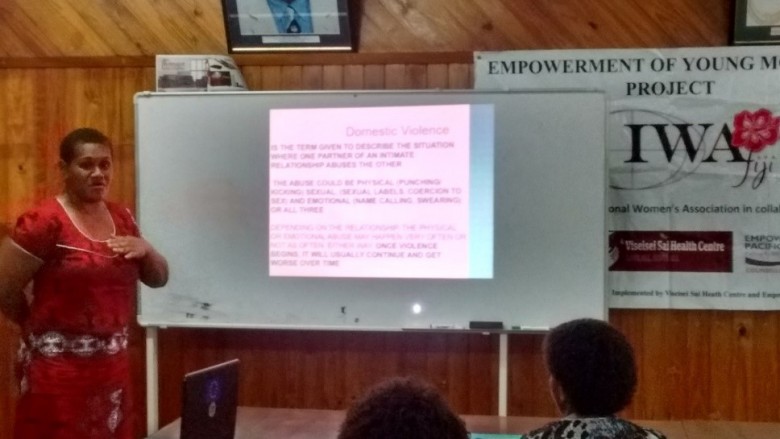 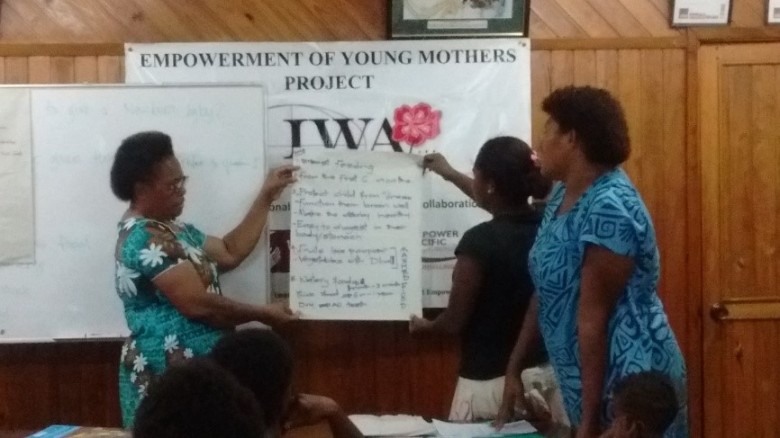 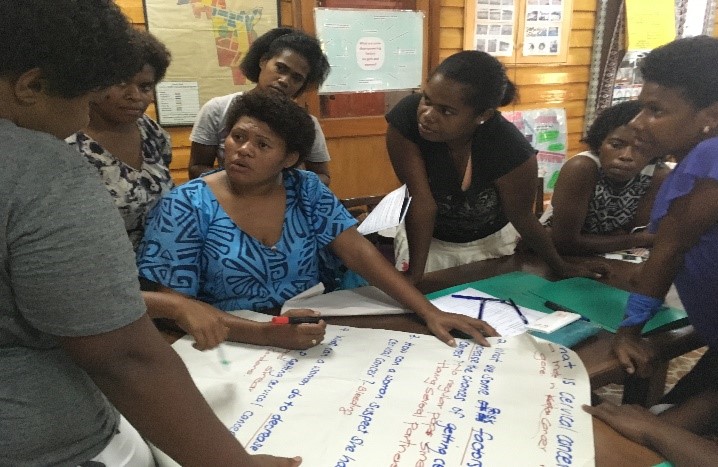